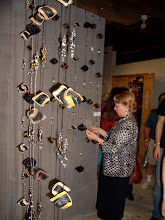 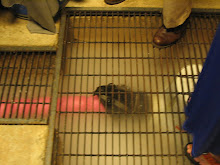 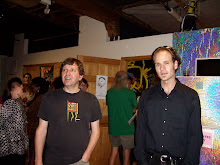 The Story Of Craft

In the course of a long and sordid one-last-night-in-Dublin, I chanced upon a used bookstore in a storefront basement, and there I gleaned a few really choice books to tide me through the next 16 hours of ‘airport living’ (which I was right burnt out on, and happy to escape, by any such means I could find, at that late point in my adventure).

One little gem that I picked up there was a medium sized hardcover book entitled “The Story Of Craft (The Craftsman’s Role In Society)”, by “the well known poet and art critic” Edward Lucie-Smith.

Well, I’ve never heard of old Edward either, but I tell you what, the guy really knows his stuff! This book turned out to be every bit as fascinating as I’d hoped, and to my surprise, even more relevant!

Lucie begins with an ambitious and far reaching survey of crafts people and traditions in different cultures around the world, through out human history. While I am a little bit wary of such sweeping generalization, which he conducts in a typically blaze and confident Brittish manner, he draws some interesting conclusions from this survey…

I have to admit, I was a little bit surprised and disturbed by his first observation (though Lucie-Smith would not be in the least disturbed or surprised that I was disturbed and surprised, as you shall see…)
And that observation is that craftsmen have been, as a rule, feared and despised in most cultures and societies through out history! An example of this would be the black smith in African cultures, who was seen to have magical powers. In other (mostly agrarian) cultures, to toil with one’s hands was looked down upon.

This observation sets the groundwork for Lucie’s over-arching point, which he rails on through out the book, namely to debunk the romantic myths and ideals of the craftsman that the Arts and Crafts movements held, and hold so dear. A little bit cynical and even mean spirited, but none the less, a point well worth examining!

The most interesting point that Lucie draws from in his sweeping survey of all the major cultures of human history, is to identify Japanese culture as perhaps the one culture that stands out as valuing craft, more than any other.  And it here, to Japanese culture, that Lucie deftly traces back the roots of our modern ideal of the craftsman.

However, even while doing so, he aptly points out that Asian craftspeople were quick to cater their crafts to the tastes of European buyers, even then. The irony that this was as true then as it is now lends some credence to the greater guist of Lucie’s argument.

And this brings us to Lucie’s larger point, and this is really the guist of his argument. Lucie argues mainly to dubunk the myth that industry and crafts are at odds (an contention which he shows has arisen repeatedly, and in his mind, tiresomely, over he past several hundred years)
His point, and he argues it pretty convincingly, is that industry has always been a part and parcel of craft. Craft has always been about the work of mass producing items for daily use, and also of finding easier ways to do these tasks!..

He sites the (dis)assembly line schemes in Cleveland slaughterhouses as the origin of mechanization. I don’t know if I would go that far, but interesting analogy.

He ends off with the field of industrial design.

CONCLUSION
On the whole, true to its subtitle, this is a really fascinating look at the place of crafts production in human society. And I think this book bears a whole lot of relevance to our modern times (the book was published in 1981).

Which leads me to wonder, what are the implications of this book 30 years after it was published, to the second decade of the 21st century?

In an age of increased globalization? Where the Chinese have progressed from creating netsuke to cater to European tastes, to manufacturing any cheap thing the outer world might ask for, to creating laptop screens, and finally, even mass producing fake Amish quilts!..

Where have we gone since Lucie published this book?
Was he right?

And what are the implication of this progression for Reptire Designs?